Share a memory
Obituary & Services
Tribute Wall
Read more about the life story of Lloyd and share your memory.

Lloyd Alan English known as Alan, was born on July 24, 1982 to parents William A. English, III and Valerie J. English in Chicago, Illinois. He accepted Christ and was baptized at a very early age. He grew up in Lilydale Baptist Church in Chicago and was a Boy Scout. He received his education from James Hart Elementary and Homewood-Flossmoor High School. He attended the University of Dubuque in Iowa for 2 years before returning home to attend graphic design school.

Using his self-taught skills, he began a career in Construction Engineering. After spending four years in construction, he established his own company where he had a unique ability to bring a customer’s vision to light. In addition to construction, he took an interest arboriculture and added this service to his portfolio. His curiosity had no boundaries for learning. His desire was to learn and become the teacher. He mastered every single skill he possessed and became a jack of all trades.

His brother William was inspirational in Alan learning computers and gaming. His relationship with his brother Delmar inspired him to get into the Rocket League to develop gaming for Special Needs children. His ultimate goal was to build a family business helping others. Activities that defined Alan were high school soccer, Chicago Night Ride, hosting and organizing LAN parties, paintball events, and coaching little league baseball teams. His latest venture was mentoring on-line Rocket League teams in the gaming community. We will never know the infinite number of lives that were touched by his presence. .

Alan was preceded in death by Grandmothers Almena English and Alice Rogers, Grandfather Lloyd Rogers, Uncles Marvin Rochelle and Lloyd Rogers Jr, and Aunts Loretta Woods and Lynette Rogers. He leaves to cherish the memories of his Father and Mother, Brothers William A. English IV. and Delmar English, his Cousin raised as a Sister, Shadawn Lumpkins, Grandfather, William A. English Jr., Uncle Carl Rogers and a host of other special relatives and friends.

To send flowers to the family or plant a tree in memory of Lloyd Alan English, please visit our floral store. 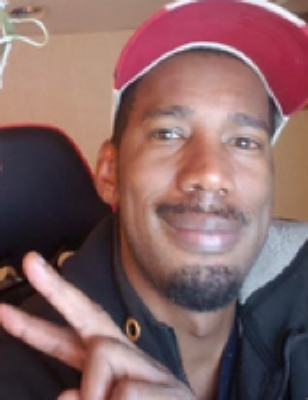